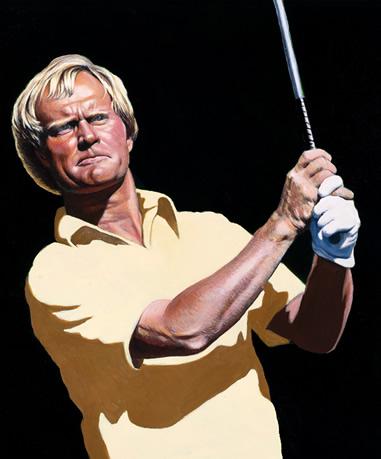 Jack Nicklaus has an unequalled grand total of 18 major championship wins and is generally considered to be the greatest golfer in history. His many contributions to the Ryder Cup, included the famous “Concession” between himself and Tony Jacklin in 1969. One of his most significant contributions was the letter he wrote to Lord Derby, President of the British PGA in 1977, which was the catalyst which eventually led to the competition becoming Europe versus the USA. From the moment European players took part, The Ryder Cup became a true competition.

< Back to The Collection

If you are interested in a rare Jack Nicklaus print, please request a telephone appointment.